As DeSantis weighs up a run for the presidency, his ability to wrestle the MAGA/GOP faithful away from Trump is an open question.

But there is another equally important question getting less attention, ‘How would each man fair among all-important swing voters?’ 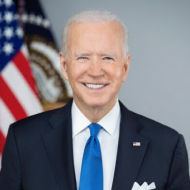 Impact Social analyzed the online and social media discussion in relation to Ron DeSantis and Donald Trump amongst swing voters from June 1 to June 14, 2022. We used algorithms to pull in data. Our expert team then read statistically representative samples of posts to produce the analysis. Each post was read from the perspective of the individual and scored ‘positive’ or ‘negative’ depending on whether the sentiment of the post is in their favor or not. In addition specific topics of discussion to which they refer have been documented. .

For the swing voter group, Impact Social carried out detailed language analysis of US social media discussions back to May 2016 to recruit social media users into a database of 40,000 swing voters. We segmented conversations / profiles into "voter types" based on the views they expressed and language used, across ten categories of voter:

1. Disillusioned Trump Voters - those who make it clear they voted for Trump in 2016 but are now reconsidering, or feel that the president has lost their support

2. Undecided - those who say they don't know who to vote for, or need to be convinced of the validity of a candidate, or who use indecisive statements such as "I might vote for...")

3. Biden Sceptics - voters who are disappointed in Biden being the Democratic candidate, or who want a reason to vote for him besides "he's not Trump”

5. Independents – those who describe themselves as independent or third-party voters, or as non-partisan, or as classic "swing voters” also includes those who call themselves "constitutionalists"

8. Bernie/Far Left Supporters - left-wingers, radicals, and progressives for whom Biden may be too centrist or too "establishment"

9. Former Dems - Democrats/progressives who were put off by Hillary, or who are unconvinced by the current incarnation of the party 10. Third Party Voters – those who openly despair at the choice on offer and state they are voting for a third party

10. Third Party Voters – those who openly despair at the choice on offer and state they are voting for a third party