The Story of the 2018 US Senate Midterm elections

….but lose out to Trump.

Impact Social undertook analysis of three key rural states in the race for the US Senate. This included a 10 month study in North Dakota where we worked with incumbent Democrat Senator, Heidi Heitkamp, to help defend her seat in a state which President Trump had won by 36 pts.

From the beginning of the campaign our analysis provided evidence of Heitkamp’s ability to connect with voters who were happy to go online in big numbers to praise her devotion to North Dakota. The majority of these discussions were not campaign generated or coerced. They were written sincerely by thousands of people (of all sides) who empathised with Heitkamp and applauded her work on behalf of the state. This outpouring of praise was consistent throughout the campaign.

On a policy level our analysis showed the influence major issues had on the electorate such as Kavanagh, abortion and voter suppression. In particular we were able to highlight the level of genuine concern over Trump’s tariffs on the farming community and fears over potential cuts to healthcare and social security. This was picked up by Heitkamp campaign team who drew attention as to the impact of these policies on the population, an approach which was well received.

We were also able to see the impact of Heitkamp’s criticism of Cramer, painting him as someone who puts his own and Trump’s interests before the people of North Dakota. Once again this approach was highly effective in galvanising support for her campaign.

Heitkamp’s conscientious decision not to back Brett Kavanaugh’s appointment to the Supreme Court had a major impact on her campaign, a poll published soon after put her opponent up by 16 points. However our analysis reflected how Heitkamp skilfully made the best of an impossible situation with many North Dakotans and people across America responding to her message and rushing to her cause. The subsequent huge increase in donations ($12m) was used effectively which was rewarded by a further increase in support.

The antithesis of this was Kevin Cramer. From the beginning, Cramer’s campaign was half-hearted at best opting simply to follow Trump and tie his fortune to the President. Our insight showed Cramer lacked empathy with the voters and made little attempt to garner their support.

Consequently, genuine support for his candidacy was very thin on the ground. For 10 months most Republicans were happier attacking Heitkamp than promoting Cramer. They preferred to show which candidate they were against rather than who or what they were for.

On policy, Cramer chose to back Trump on tariffs (against the best interests of local farmers) and promoted a defence of the ACA which was seen by many independent observers along with much of the electorate as lacking credibility.

Yet despite Heitkamp’s complete domination her opponent, Kevin Cramer won the election by 10 points. But how?

In addition to our analysis on the candidates Impact Social also undertook a 10-month study of the conversations surrounding President Trump across North Dakota from which three clear trends emerged.

Trump’s high approval rate and level of support remained consistent throughout the campaign. His online rating was almost exactly the same on November 6th as it had been 10 months before.

The vast majority of discussions involving Trump neglected to mention either candidate, the campaign, ND related policies or the state of North Dakota.

It was all about Trump.

In conclusion, the 2018 North Dakota Senate Election was not lost by Heidi Heitkamp, it was won by Donald Trump - in 2016.

Impact Social also undertook analysis in two other key Senate races in predominantly rural areas both of which showed a similar pattern - Democrat candidates easily outstripping their Republican rivals on the campaign trail, yet suffering a familiar fate at the ballot box. 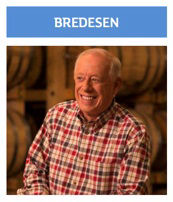 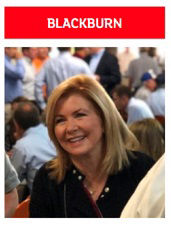 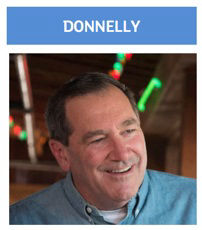 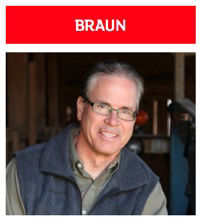 Successfully predicting the outcome of the US Presidential Election